The annual New York Pet Fashion Show is part awards celebration, part fashion show and most importantly an event that benefits The Mayor’s Alliance of NYC and their 150 Rescue partners. The event is is the brainchild of Gregg Oehler and co-chair Ada Nieves and emceed by Maria Milito.

The theme of the event was The Crown Jewels. Below in his own words, Anthony Rubio describes the detail work that went into this breathtaking creation.

First I created the understructure which is an architectural design to which I attached salmon colored silk taffeta. When done I held the bodice which featured a peplum. I then started attaching different segments of a sequined fabric depicting tropical foliage. I created several versions of flowers in an egg shell white silk and chiffon which in turn was held together by a set crystal. I strategically attached these to the bodice. Cap sleeves were created and attached then adorned with the same combination of flowers.

The next part of the design was voluminous skirt again started with the creation of the under garment. I rusched then attached three yards of the salmon taffeta. At each point I attached an Austrian crystal. The next layer was an egg shell colored Chantilly Lace. The final step was attaching the clusters of jeweled flowers as done on the bodice. Within each cluster I attached individual heart shaped glass prism hearts. I was to attach the skirt but at the very last minute decided to make the garment convertible with detachable skirt.

My goal is always comfort and safety then fashion so this creation was to be absolutely functional. Ultimately with two fittings, the garment was finished in 10 days. The final touch was the magnificent jewels in the form of a belt of over 300 crystals which intertwined as they wrapped around the waste. A necklace of Austrian crystals fit for a princess was chosen and I crafted a special crown trimmed in white faux mink, wrapped in salmon silk taffeta and then encrusted in hand sewn stones. The ultimate touches were a trim of pearls and glass stones. For the blessing she so deserves a cross of crystals as placed prominently on top. 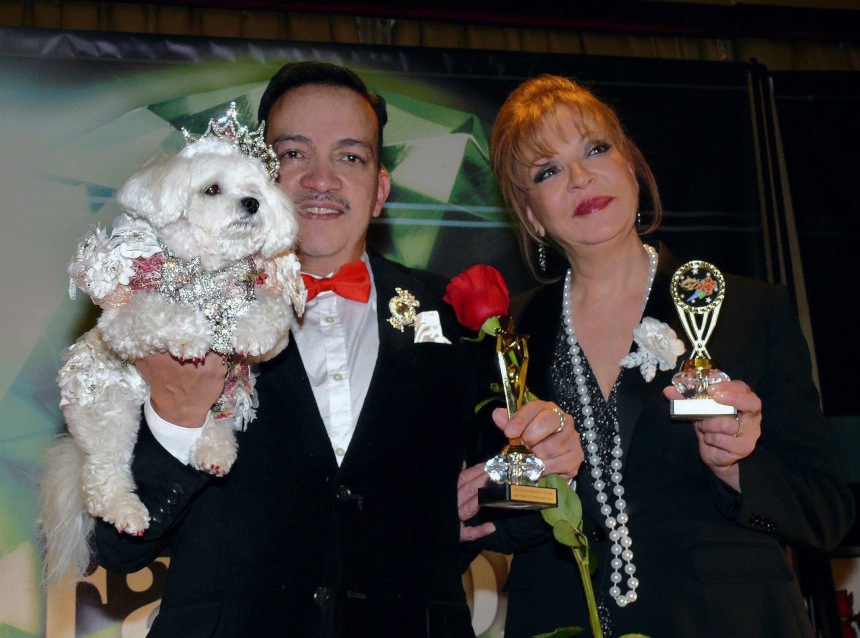 Maltese Bella Mia’s Crown Jewels by Anthony Rubio
The theme for the 2014 New York Pet Fashion Show was “The Crown Jewels”. Pet Fashion designer Anthony Rubio chose to base his winning creation on nature. The crown in coral silk taffeta features hundreds of crystals topped with a jeweled cross. Individual small and larger set crystals were strategically hand sewn as was the faux white fur trim also speckled with individual crystals. The necklace features various sizes of leaded crystals on foliage shaped panels to enhance the silk and chiffon flowers of the dress. Like all Royalty the princess wore a white faux fur cape which features a band of intertwined rows of crystals with Austrian leaded crystal clasps and white gross grain ribbon ties. 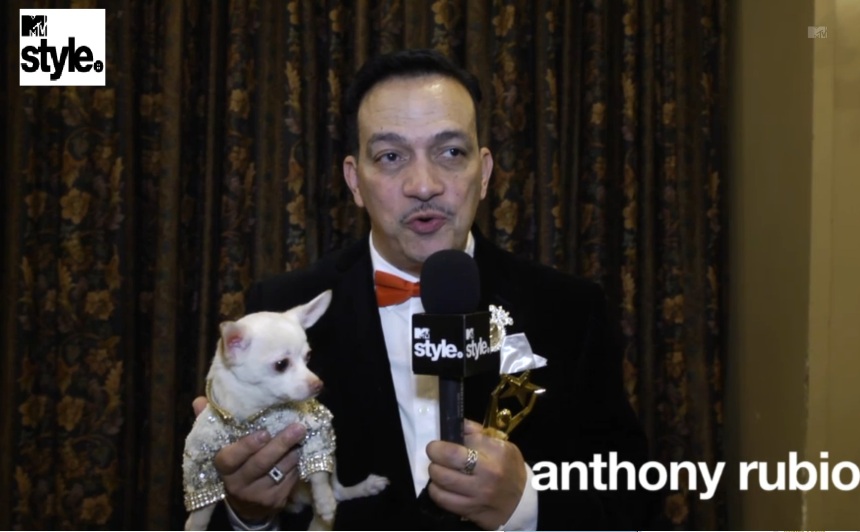 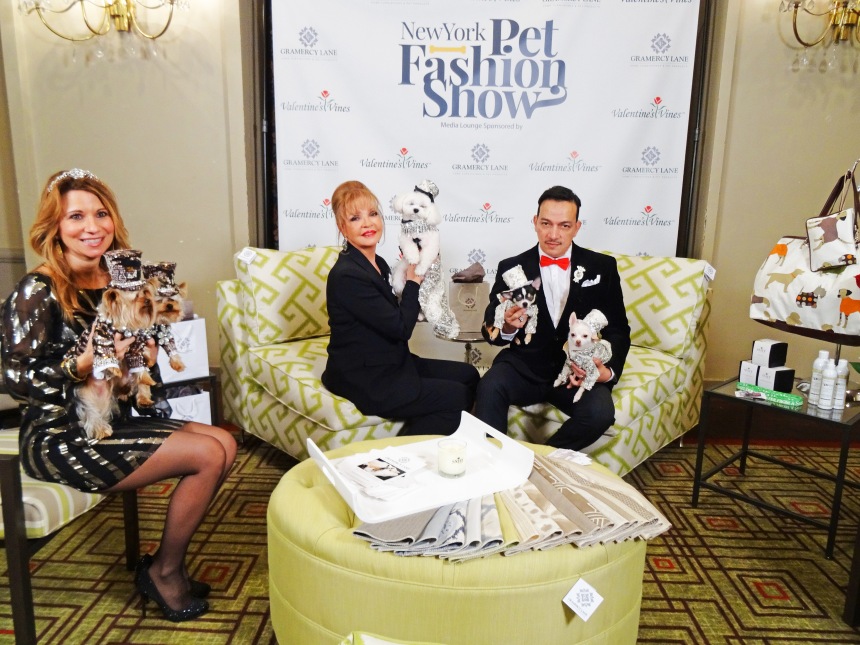