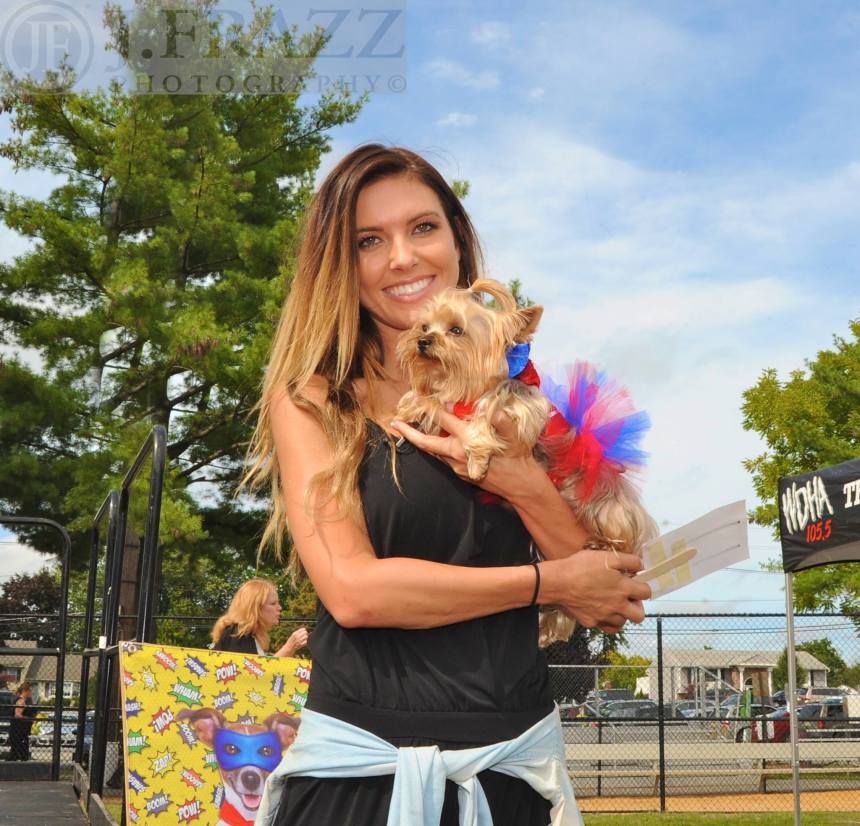 Set Your DVR!!Be sure to watch the animal episode of the TV show 1st Look on NBC with host Audrina Patridge. You may remember her from The Hills. The episode will air Saturday January 24th at 7pm and again after Saturday Night Live at 1am on NBC. Dog Fashion Designer Anthony Rubio had the pleasure of creating a super hero costume for Audrina Patridge’s Yorkie. Film at Mutts Mania’s Unleash the Love 3 fundraiser in NJ last September. He was supposed to film the making and fitting with Audrina but couldn’t because he was in Virginia attending the Wigglebutt Hollywoof fundraiser. .Photo Courtesy of Joseph Frazz Photography.