We had a wonderful afternoon celebrating at New York City’s Pride Parade. Edie Windsor along with Harry Belafonte were the parade’s grand marshal.
The city’s enthusiastic cheers echoed from the throngs of supportive spectators as we marched with equality group GLAAD for PRIDE. My million dollar golden Chihuahuas Bogie and Kimba joined me to partake in this year’s parade. Jennifer JWOWW Farley was GLAAD’s celebrity guest.
I was originally planning to dress the boys in 70’s inspired flamboyant outfits I had designed but for some reason I had a change of heart and chose to create these luxurious outfits which include gold sequined tuxedos with white cuffs and coordinating top hats with the j finishing touch, these magnificent jeweled collars. The theme? “Glitz and Glamour” The ensembles were very well received by the masses of spectators, press and media as well as by fellow marchers. 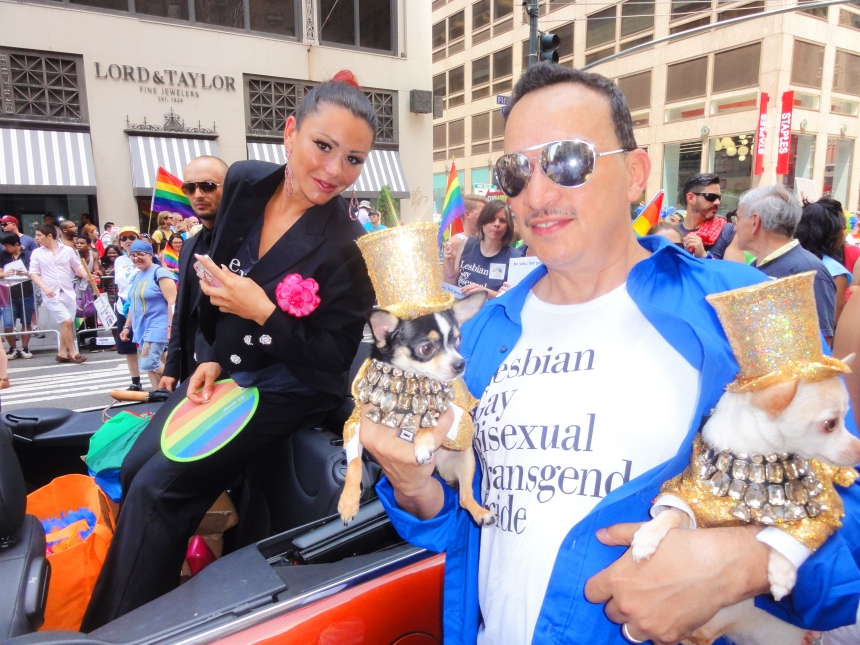 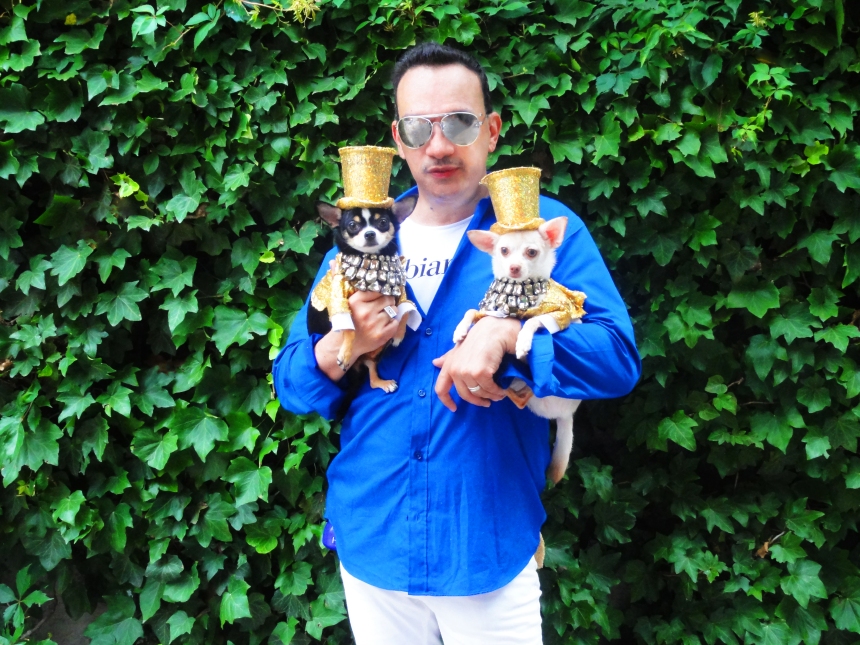